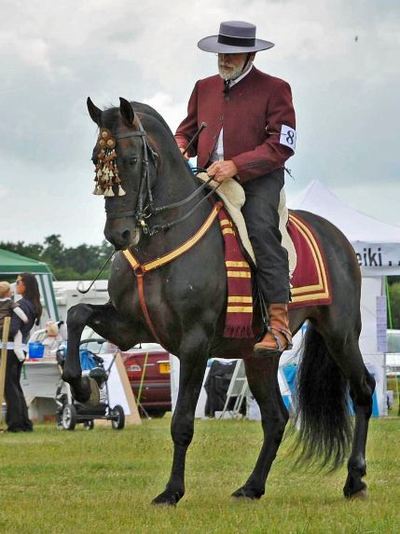 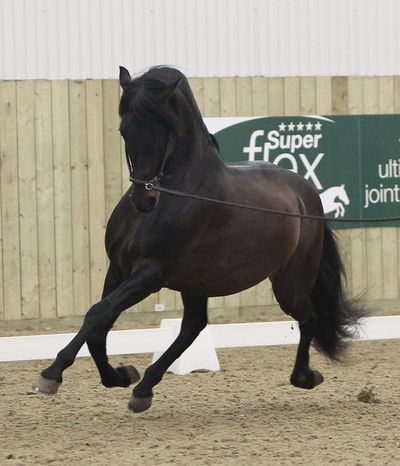 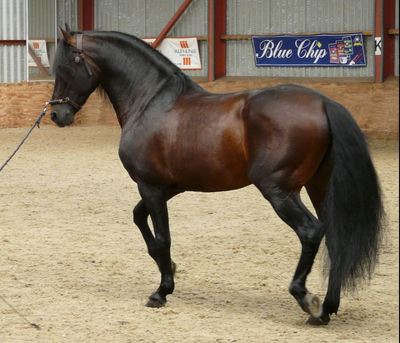 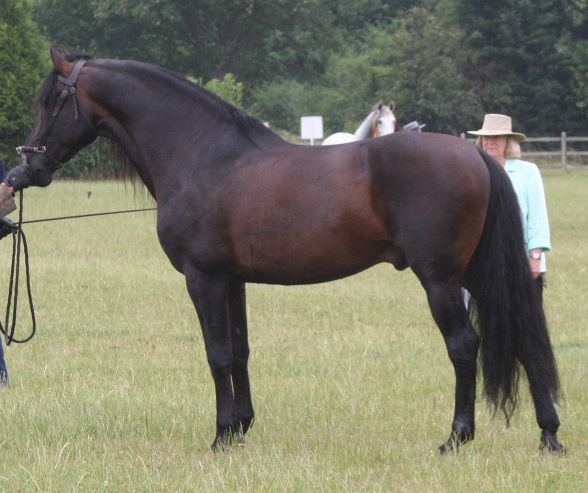 ​Romero has been with us since he was 2yo. He has had an unrivalled show career, being placed first by over 35 Judges and winning over 15 show championships. He has retired from the showring but during his career he was the UK National Champion Stallion for 2 consecutive years, the UK Movement champion, the UK Veteran in-hand and UK Veteran Ridden champion, Reserve UK Ridden Stallion and UK Supreme Champion. He was the first horse to be entered into LIMPRE, the Spanish Book of Merit, by winning in the UK.
Romero has been standing at stud since 2002. Time has shown that he passes on both his 'Spanish' stamp and also his spectacular movement. His pedigree contains the  famous names of Albero II, Cesar, Agente & Leviton. Several of his offspring have been youngstock morphology and movement winners at BAPSH National  Show (now GBPRE) in recent years and he now has offspring competing at PSG and Inter 11, and just to show their versatility, one competes internationally at 'Skill at Arms'.
Standing at stud 2018 - chilled semen only.