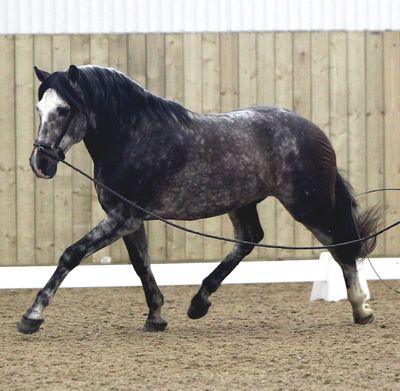 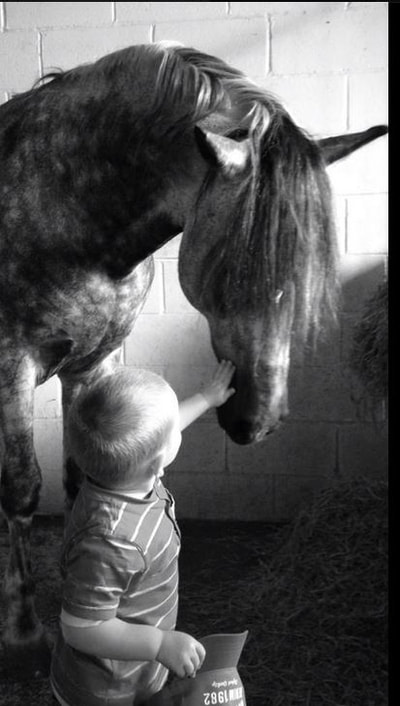 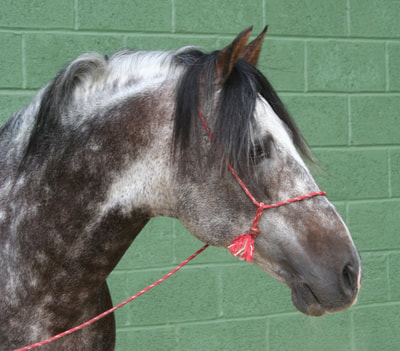 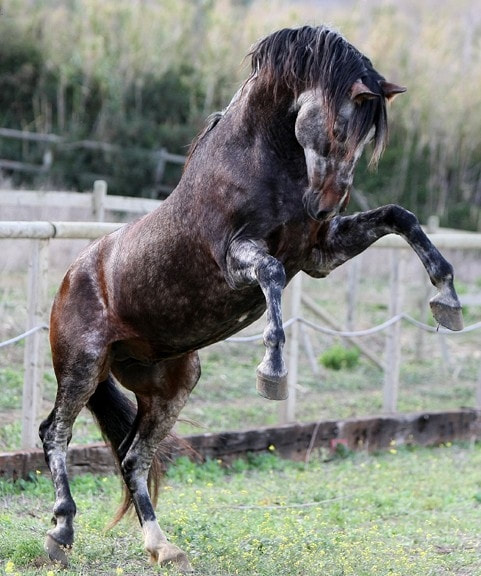 ​Comico came to us in January 2010, spending most of his life having a very quiet time in Spain. We were attracted by his unusual colouring and his very baroque build.
Basically, he was a bay horse carrying a black and chestnut gene and also one grey gene. Normally, the grey gene would have turned his coat white by the time he was in his early teens but it appears that the expression of the single grey gene had been suppressed. The geneticists do not know how this is happening and for a long time it was thought that his colour was being influenced by the Rabicano gene.
Unusual colouring aside, he was a true PRE, having both the presence and gentleness so characteristic of the breed. He graded with a score over 80% and received the unprecedented marks of 10/10 for his walk and trot. Comico carried the old Military and Carthusian breed lines, keeping his offspring true to the original Spanish type.
We had only shown Comico twice: in 2010 he was the In-hand PRE Champion and Reserve Iberian Champion at Chertsey County Show and in 2011 he was the Adult PRE In-hand Champion and Reserve PRE Show Champion at the Iberian Performance Show. He was used frequently as a schoolmaster horse here at the stud, giving riders experience with  lateral work, Passage and Garrocha work.
Sadly, I put him to sleep at the end of  the summer 2019 to save him having to battle through the winter months. Arthritis and dental problems had got to the stage where medication wasn't keeping him comfortable and he had visibly lost his sparkle. 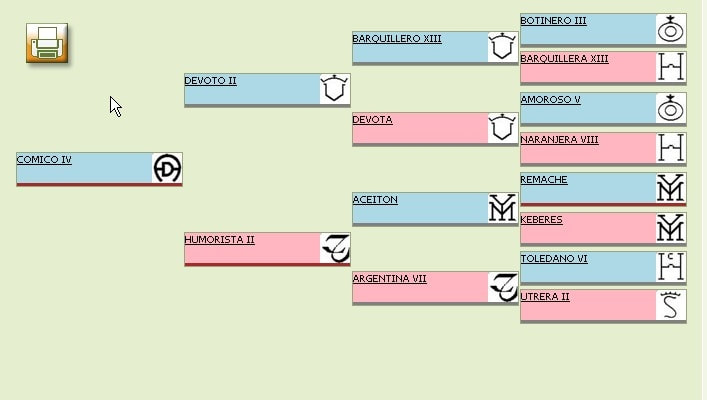