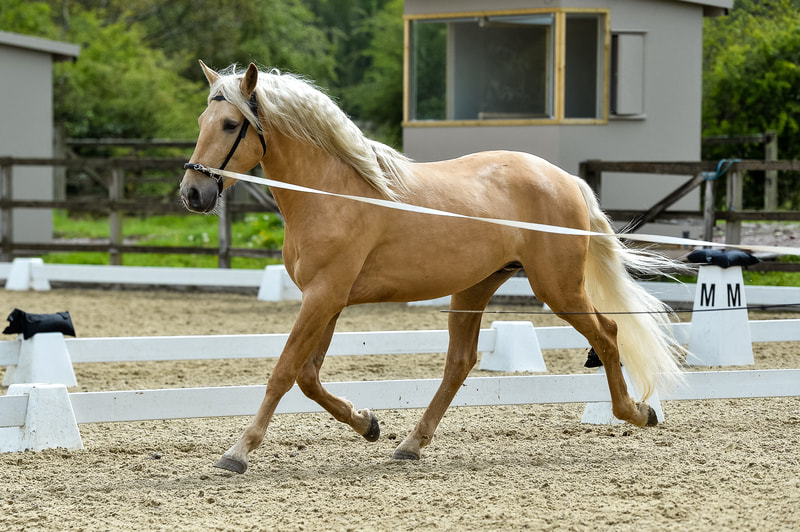 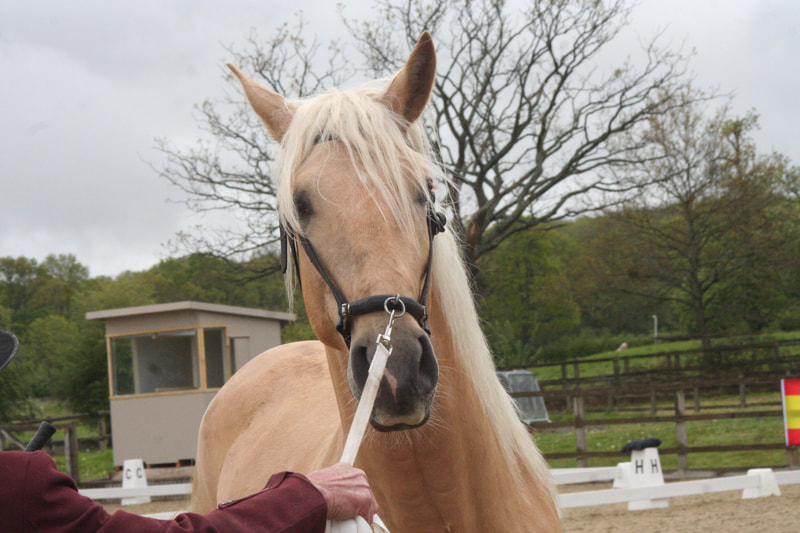 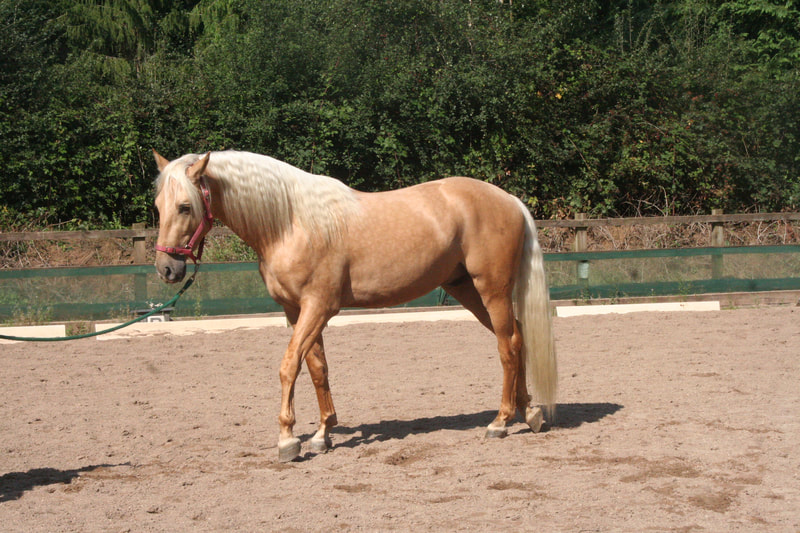 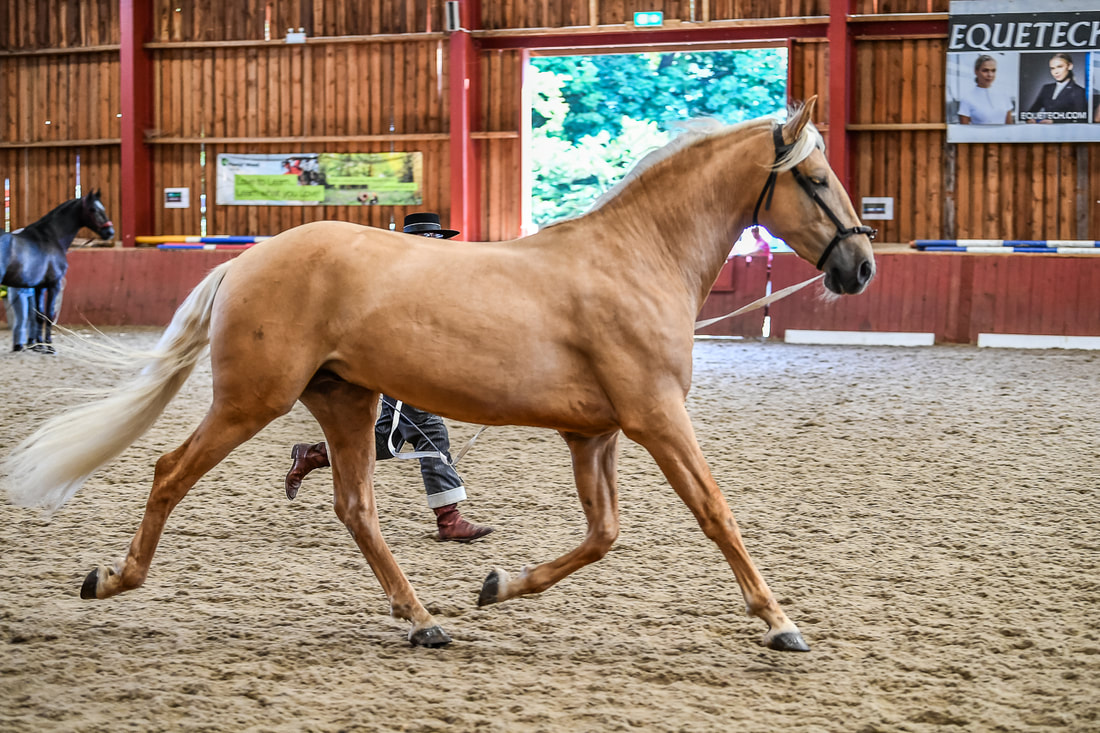 This is a stunning palomino colt with that all important ‘look at me quality’. Gazaro Anopheles (aka Quito) was born at the end of July 2018 to Roceria CLXXXI by our cremello stallion, Mas Yaco.
Roceria is a tall mare at over 16hh with excellent bone and conformation. She passed her grading (APTO) in 2016 with flying colours. We have shown her just twice and she has been in the ribbons on both occasions. We are more than pleased with this mare as tall, chestnut mares with good conformation, movement and temperament are difficult to find in the PRE breed.
His sire, Mas Yaco, is our cremello PRE stallion, again over 16hh and graded (APTO) in 2017. . Mas Yaco has a long, straight action which is most suitable for dressage and his temperament is fabulous, kind and full of fun.
We have bred PREs for a number of years and recognise that this palomino colt is something special. He has presence in bucket-loads, correct conformation and moves very well. We expect him to make in the region of 16.2hh when fully mature. He has been retained by the stud but will not be used for breeding until his ridden career is well-established.
Quito was shown twice in 2021. He was reserve young-stock champion at the Spring Iberian Performance Show but upped his game later in the year and was Young-stock Champion at the Summer Iberian Performance Show!
Graded APTO September 2021