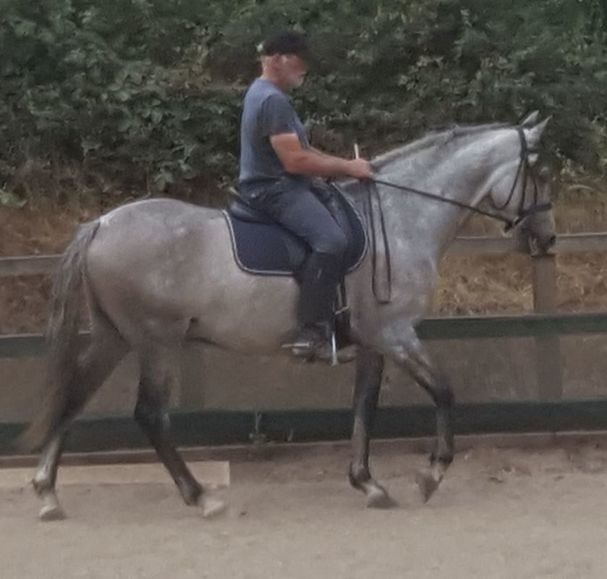 We bought Incendio in 2015 with the intention of training him as a display horse but he has not really grown tall enough for Geoff. He was gelded in 2017 and then turned away 24/7 to mature. He was brought into the stables in 2018 so that he could be taught basic good manners and be prepared for backing.He has a dead-straight action and three very good paces. He is easy to do in all respects and will load and stand for the farrier to have his feet trimmed. He is not afraid of farm traffic but he has not been away from our premises very often and is not yet 'worldly-wise'. He has only been under saddle since the late summer so none of his paces are truly established but he has been very straightforward to back.  He has a good grasp of the basic lateral movements as he is extremely bright and very quick to learn. He is always ridden in a Myler snaffle and standard cavesson noseband.
If you want a PRE that's dead from the neck up then do not consider this horse but if you want a bold, forward-going, happy, talented youngster this could be the one you need. He would suit a smaller person or teenager with a talent for riding PREs.
​
Not available 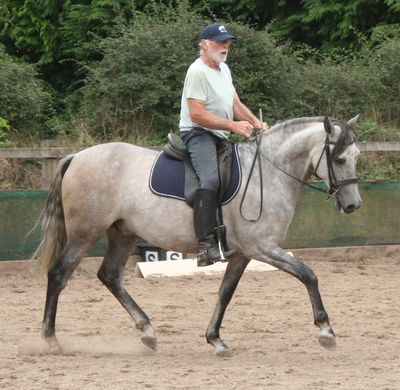 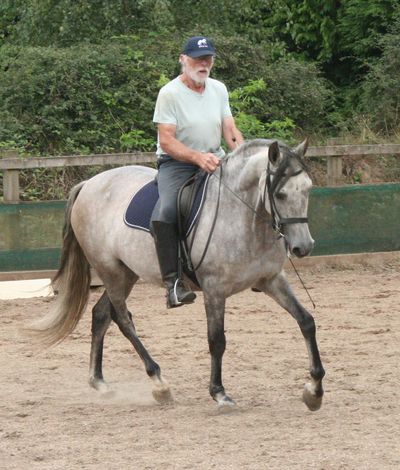 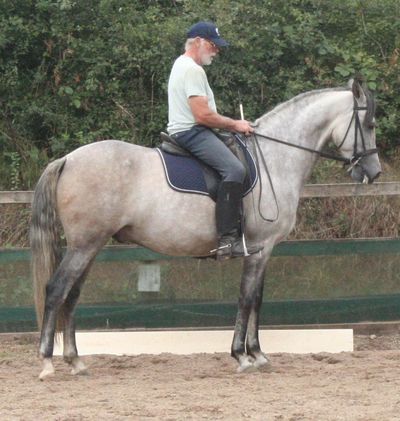